Streets Around the World Cities are growing quickly, and their streets are changing. Around the world, local investment is moving from highways and sprawl to transit and cities, and the role of design is shifting from building bigger roads to making streets that support quality places. Most people in the world live in cities, and vast majorities move on foot, by cycle, or in transit — but most public spaces in cities are  currently designed for cars. This increasingly visible imbalance is shifting the way cities are planned. Streets must be designed to  better balance the needs of more people.

Transportation decisions made today will impact the development of cities, the health and safety of their residents, their social equity and stability, the quality of their air and water, and the carbon they emit for decades into the future.

Fast-growing cities have the opportunity to avoid the highway oriented mistakes of the 20th Century— mistakes increasingly recognized in countries that once invested heavily in roads and highways at the expense of sustainable and livable cities. This new world does not have room for the idea that advancement is associated with increased car use and infrastructure investment for private vehicles.

That belief is the foundation of the idea that only cars should be accommodated by streets and that people do not belong in public space. 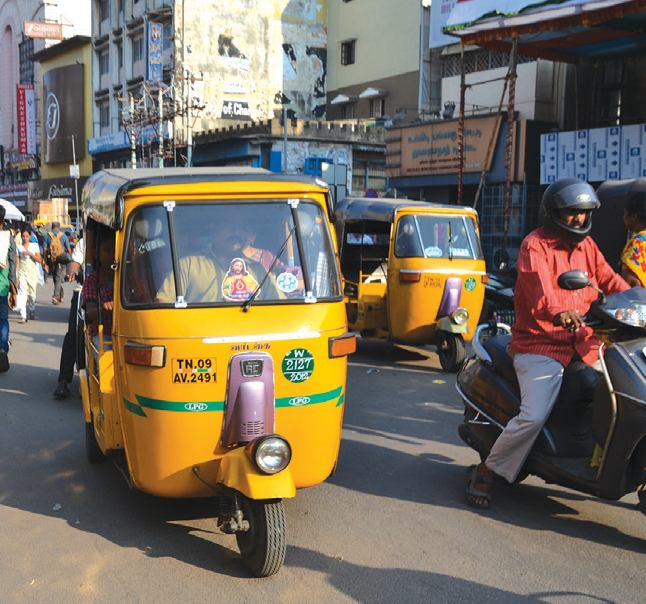 Cities face a decision every time they invest in transportation: to cater to cars, creating sprawling highway networks and isolating vital urban centers, or to grow sustainably, promoting denser and more compact neighborhoods with greater transportation options and  access. These are public decisions that affect the entire city, and— through their impact on climate — the entire world. High volumes  of car traffic and reliance on personal motorized vehicles for urban transportation place high costs on society.

Designing urban streets to minimize auto-dependency and promote safe, sustainable alternatives can help address several challenges that cities struggle with around the world, including: